Today the album took another leap forward as we recorded with the lovely Lucy Benjamin. Lucy is playing the role of Mary, a modern day grandmother of a young man fighting a modern war but she is also the granddaughter of Niamh and Thomas who are central to the story during the First World War years. Mary is the link between the two time periods and carries the story along through the narration of diaries and letters written by Niamh and Thomas.

Lucy delivered an outstanding performance for both the dialogue and the vocals and was an absolute delight to work with. We look forward to sharing her performance with you all when the album is released. We may even put a few snippets out there before hand... 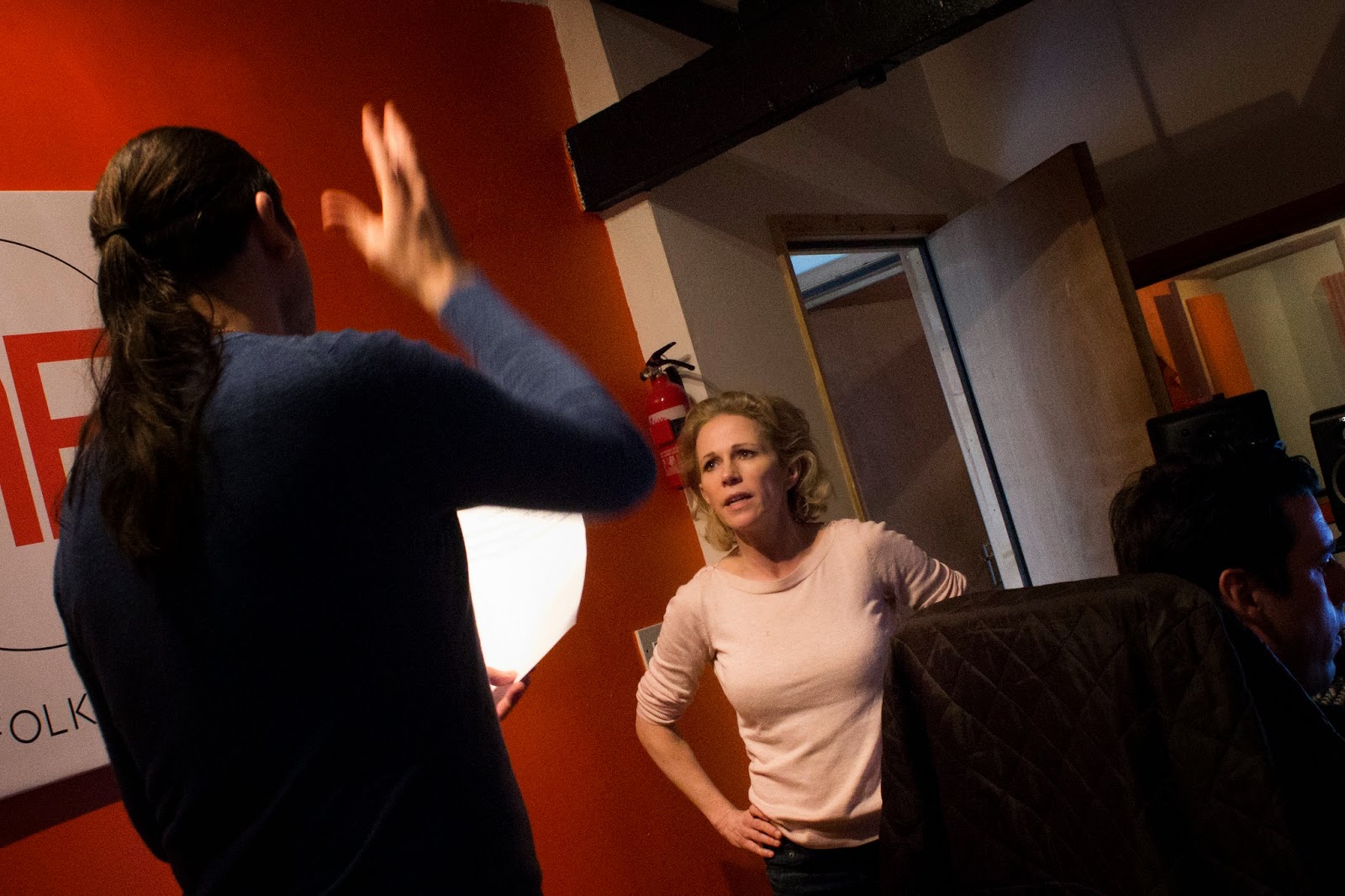 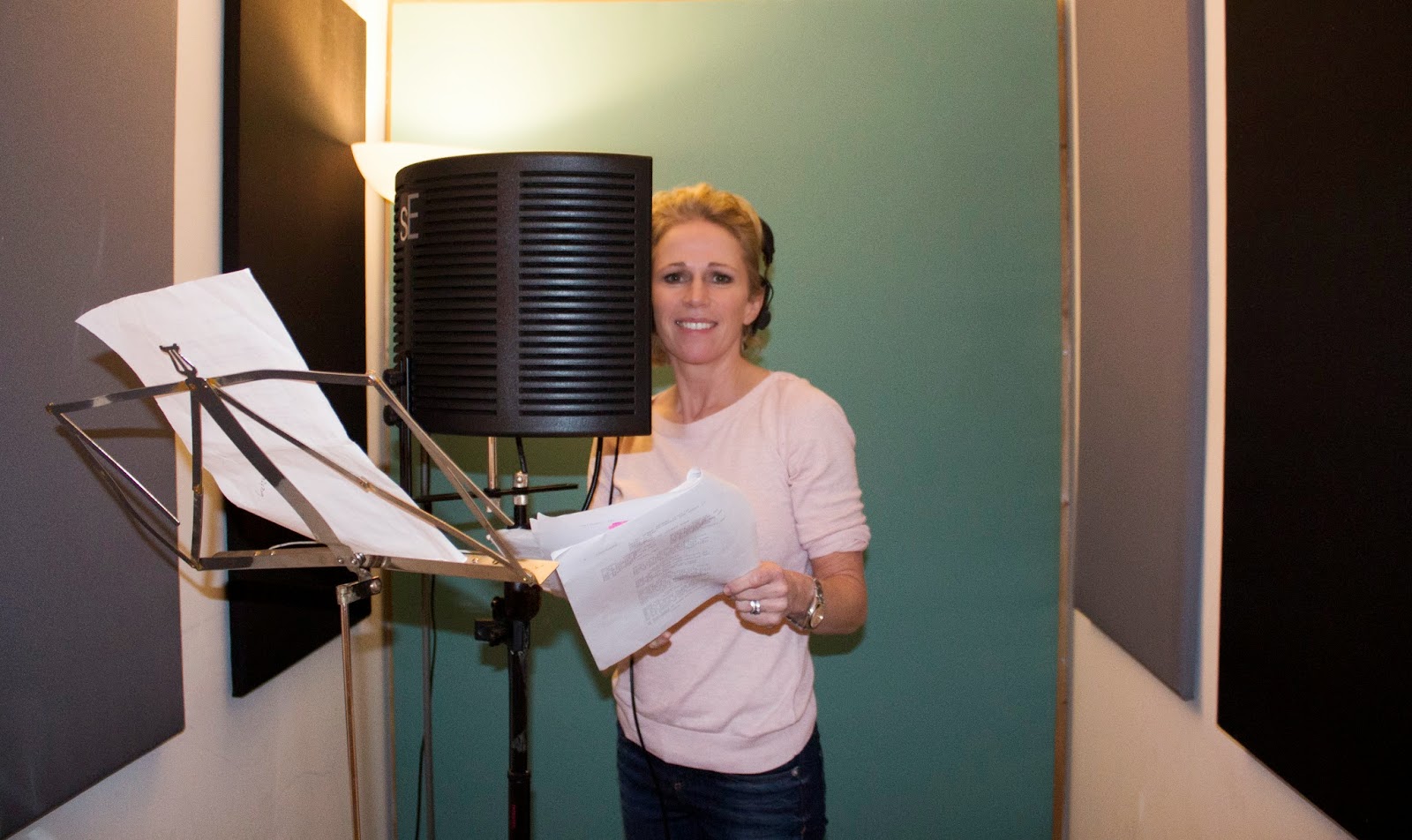 Official Commemorative Single for Walking With The Wounded

We are delighted to announce that the closing track from the Inconnu album entitled 'I Will Be There' has been adopted as the Official Walking With The Wounded 1914-2018 Commemorative Single. The single, like the album, will raise money for the charity's Head Start campaign and help those whose mental health has been affected by military service.

The single has been recorded by Faryl Smith, who rose to fame as a finalist on Britain's Got Talent 2008, and has gone on to record two albums and perform numerous concerts and for royalty.

The single will be released in May 2015. More details will follow with regard to a specific date in the coming months. 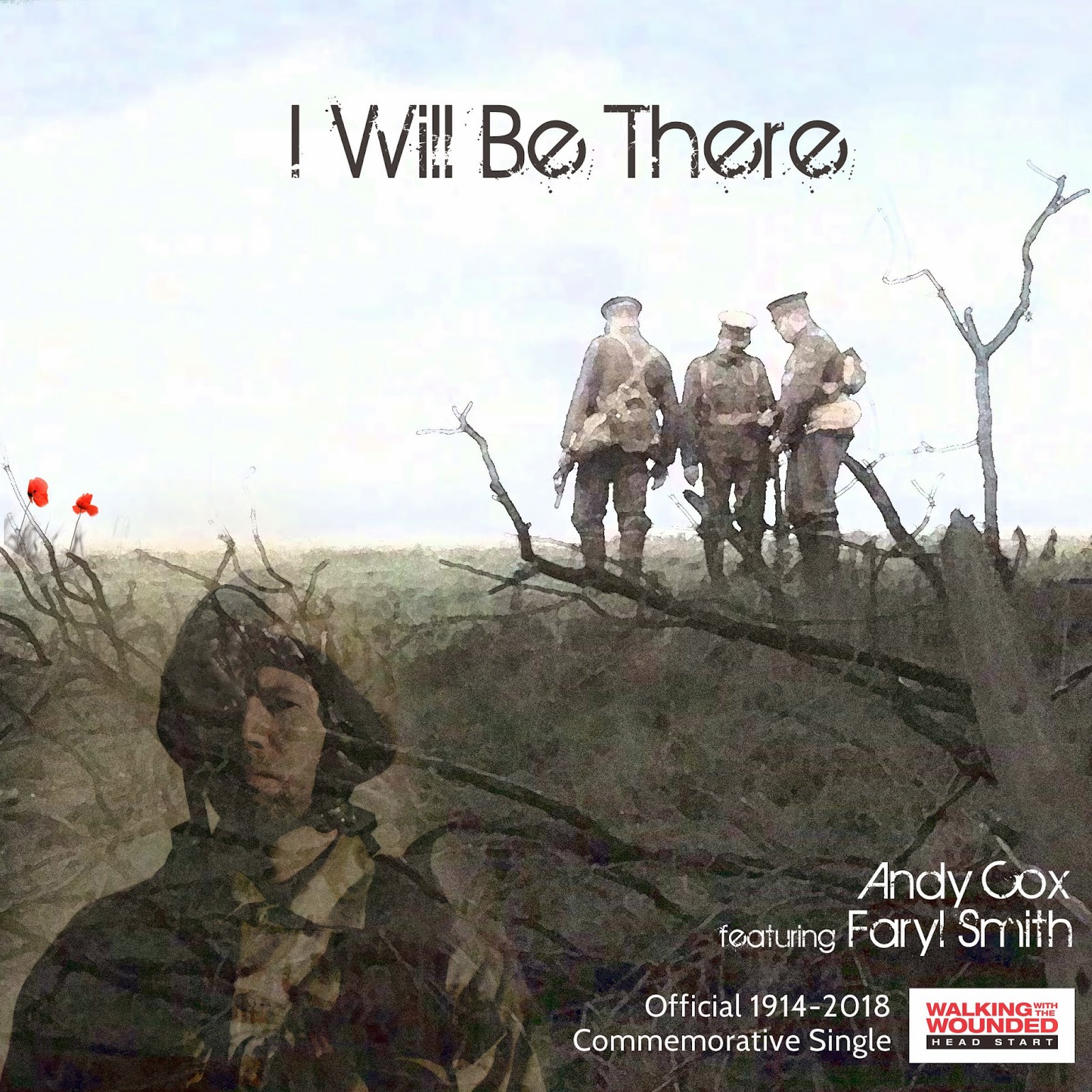 Soprano Faryl Smith (BGT Finalist 2008) has recorded the vocals for the single that will be released in the new year in advance of the main album launch. The single entitled "I Will Be There" is the final track from the album and is essentially a closing anthem with a positive message. We recorded the vocals at the amazing facilities at SAE in Oxford and a music video is being produced to accompany it.

Faryl's clear and delicate voice is perfect for the song and she was a delight to work with. We look forward to introducing her stunning performance to you all in the new year.

Follow our social media pages for news on a release date and we'll be sharing some clips in the future. 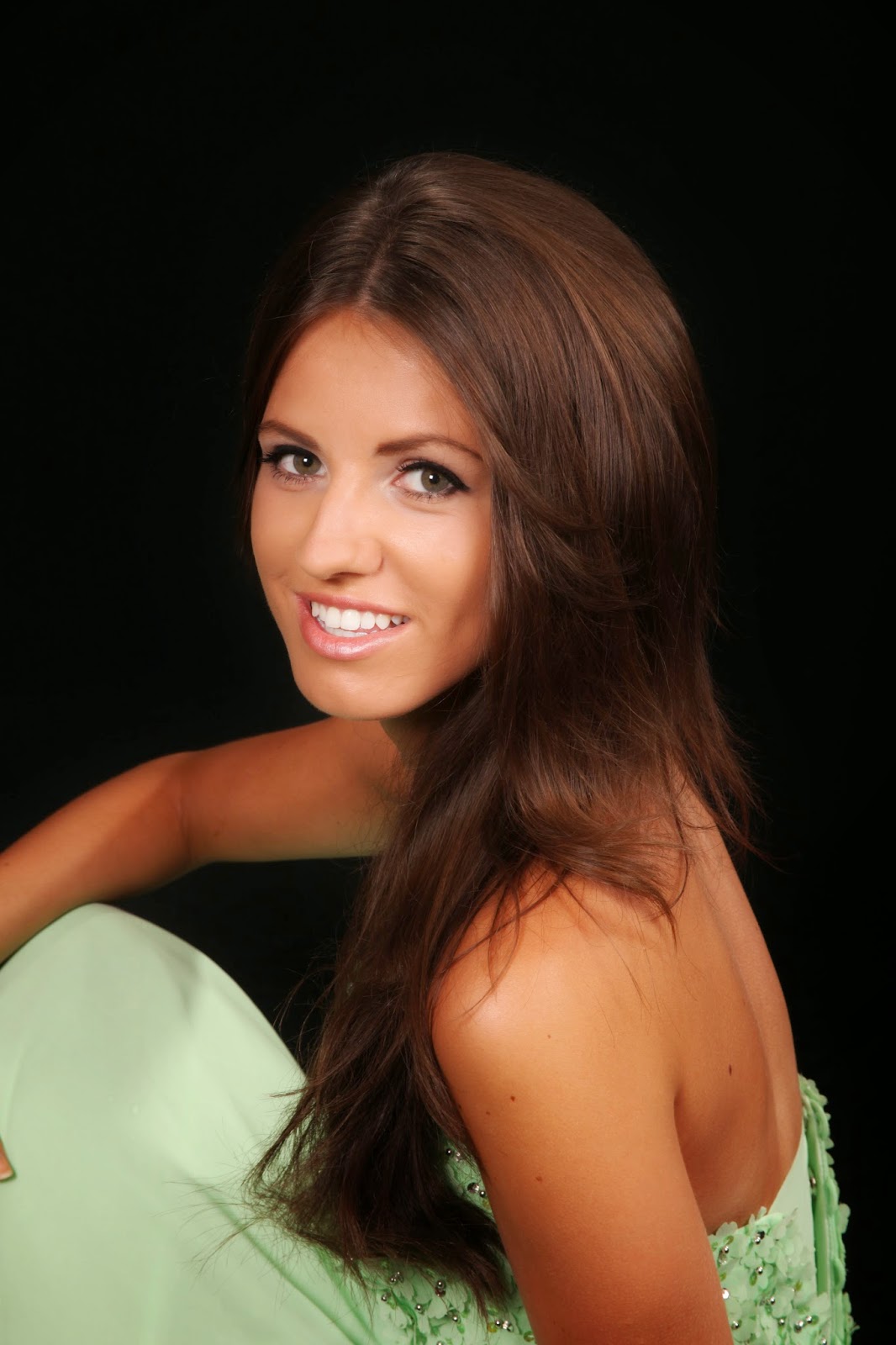 Today we had the very great pleasure of recording with John Nettles, one of Britain's most recognised and respected acting talents. Most notably known for his roles in Bergerac and Midsomer Murders, John has narrated numerous productions during his career as well establishing himself as one of the great stage actors of his era.

John has taken on the role of the Narrator for Inconnu and the resulting recording is an exceptional performance. Not to mention that he was a pleasure to work with and the session was a lot of fun.

We are extremely grateful to John for his support and we look forward to sharing his performance with our audience. 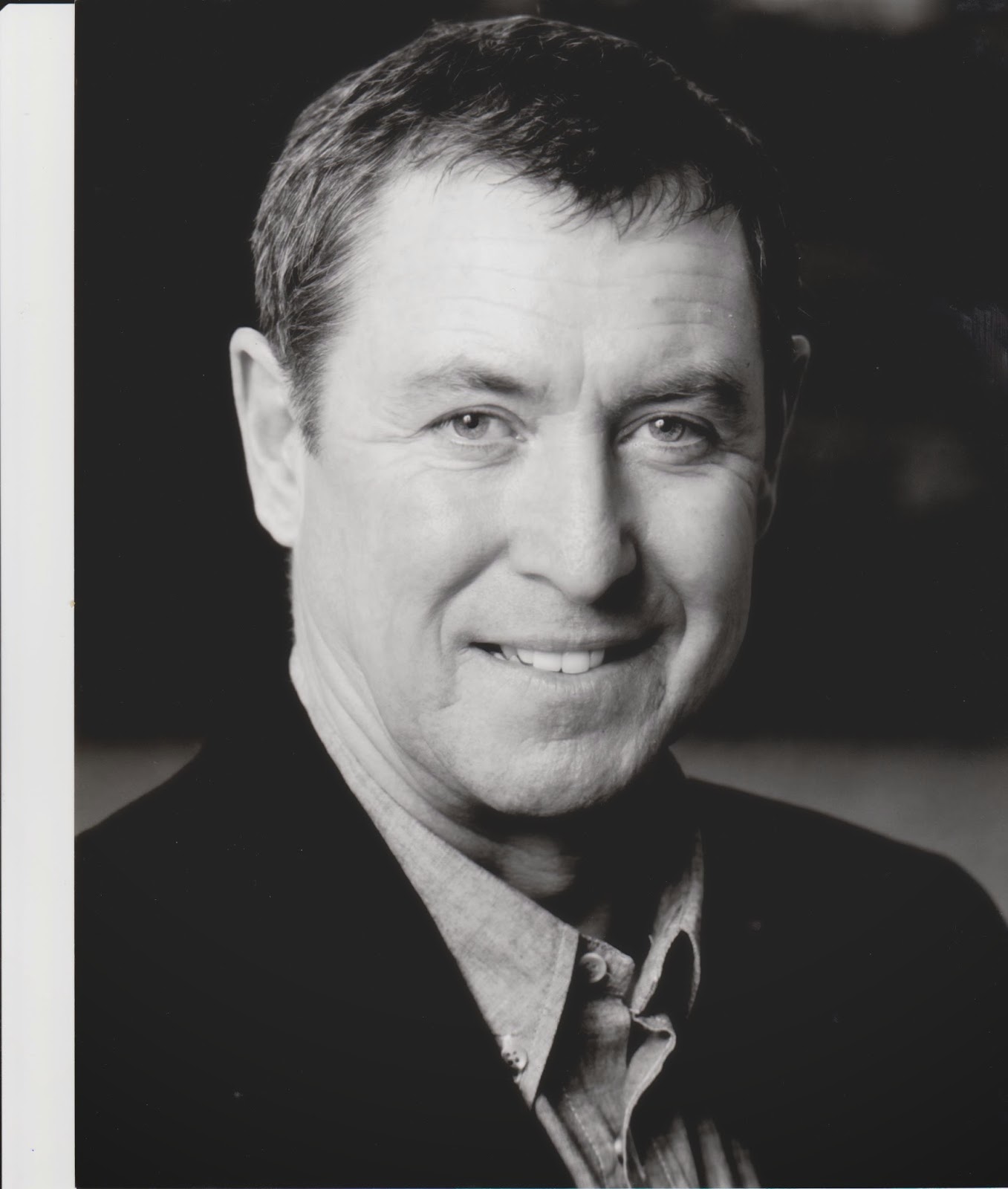 We recorded at Sound Gallery Studios in Exeter who generously donated the studio time to allow us to record John, and we are very thankful for their support. www.sound-gallery.net
Posted by Andy Cox Music at 18:00 No comments:

We are delighted to announce that Lucy Benjamin (Eastenders, Hairspray UK Tour) is joining the cast of Inconnu, taking the key role of Mary. We are really looking forward to working with her and the album will benefit considerably from her talents as both an actress and singer. 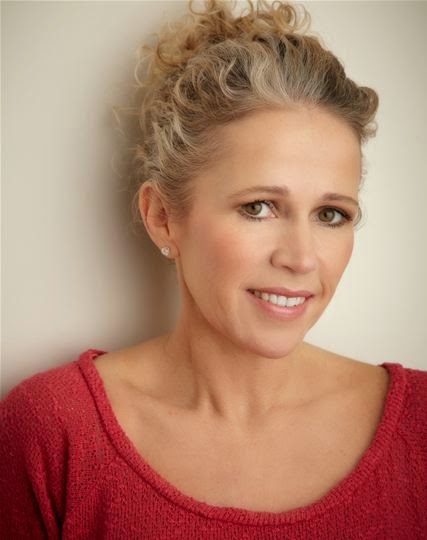 In The Studio With Mark Benton

Mark Benton has recorded his part for Inconnu and, as you might imagine, it was great fun in the studio. He is widely known as an actor from his roles in numerous TV productions including Waterloo Road, The Booze Cruise and Christmas Lights among others but he also toured with the UK production of Hairspray where he was able to show off his vocal talents as well.

Mark is playing a cameo role on the album but a significant character none the less who is key to the story. We look forward to sharing his performance with our audience. 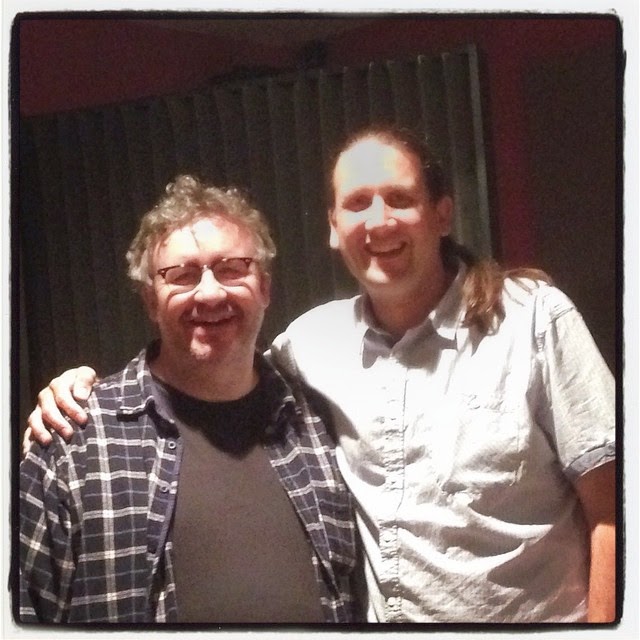 Our thanks to Delta Sound and Sound By Design for the use of their studio facilities. www.deltasound.uk
Posted by Andy Cox Music at 10:00 No comments:

Actor and Singer David O'Mahony is joining the cast of Inconnu. David trained at the Central School of Speech and Drama culminating in singing in their Centenary concert in 2006 at the Old Vic. Before that he read Drama and History at Brunel University.

He has performed all over the World: From Florida State Television to Pitcairn Island in the South Pacific. In the UK, he has performed in the West End, filmed with Jack Black and sung on Live TV.

David made his West End Debut in The Bodyguard and had a fantastic year. David was in the ensemble and covering The Stalker, Ray Court and Frank Farmer (The Bodyguard). The cast included Beverley Knight, Alexandra Burke, Tristan Gemmill, Debbie Kurup, Stephen Marcus and two former members of The Gleeks. X Factor winner Alexandra Burke joined the cast on June 2nd.

Before The Bodyguard, David toured the USA with Batman Live. This involved sell out performances at Arenas across the USA including the Staples Centre in LA, the American Airlines Centre in Dallas, and cities including Kansas City, Anaheim, St Paul and Las Vegas.

Also in the UK, he has appeared at The Theatre Royal Drury Lane, The Criterion, The Derngate Theatre (Northampton) The Soho Theatre, The Space, Wyllyotts, Millfield, Baron’s Court, The Lost Theatre and the Greenwich Theatre. He also sings with The London Show Choir and works extensively with Leontine Hass and The Associated Performers Studio. David regularly trains with Stuart Barr and Nikki Lawrence. In summer 2010, he made his UK live TV debut, singing with The ClasSix on Channel 5's Don't Stop Believing, watched by 1.5 million people. 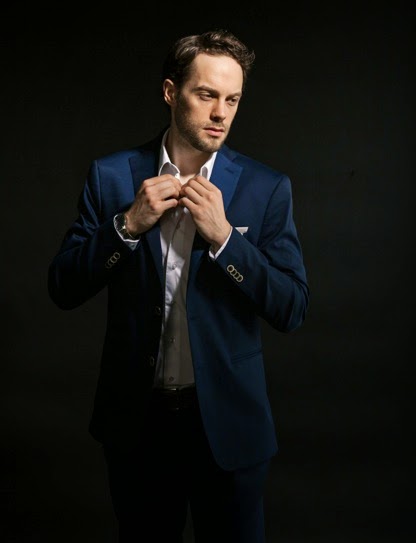